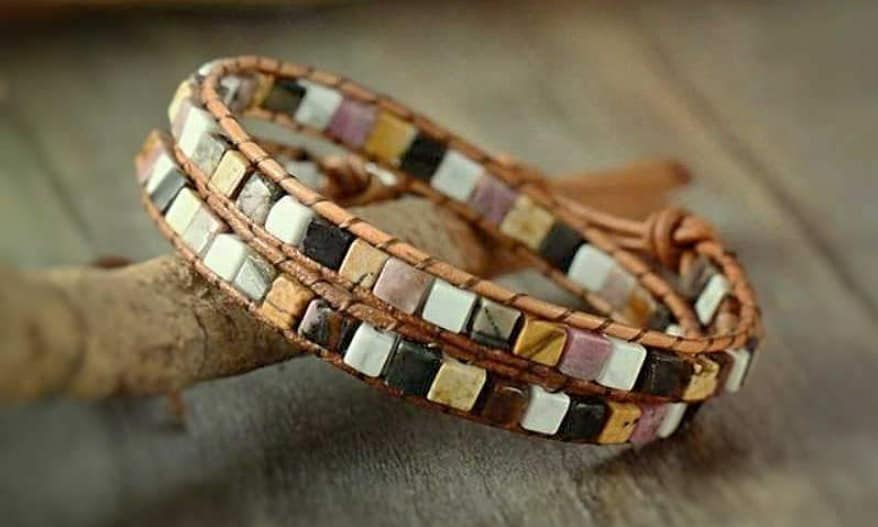 The history of bohemian jewellery

The Bohemian style of jewellery uses natural elements and materials to stress a connection between the wearer and nature while emphasising the simplicity of non-artificial things.

The ‘Boho’ look extends to clothes and art as well as jewellery items, often involving colours not usually seen together. The basic concept is that the style is very free and open, allowing the wear to express their unique individuality without feeling constrained or limited in any way.

When did it all begin?

We’re often asked about the history of Boho jewellery, and we’re always happy to chat about this as it’s fascinating! Essentially, the style goes back more than two hundred years, as a fashion which grew in popularity across Europe. It’s most usually associated with artists, writers and intellectuals, as well as others who favour a nomadic-type lifestyle.

Indeed, it could be described as one of the best-known and most striking ‘alternative’ movements of the last couple of centuries.

Essentially, its roots go back to the years immediately following the French revolution, when the system of artistic patronage virtually ground to a halt. Numerous artists slipped into poverty as a result, many of them becoming nomadic or wanting to live more cheaply.

At the same time, they began to search for different ways of expressing their individuality. And these artists felt emboldened to wear whatever they wanted, without any need to conform to convention.

Before long, the roving artists were being likened to gypsies, thanks to their fashion and lifestyle choices being broadly the same. Gypsies are thought to hail originally from Bohemia, which has been part of the modern-day Czech Republic since 1993.

But actually, Bohemia, formerly a kingdom, has a very long history of jewellery, and a lengthy association with gems such as garnets, while bronze swans have been found in this land dating back to the early Iron Age. Meanwhile, garnets have been cut and engraved and made in jewellery for hundreds of years in Turnov, a town to the north-east of Prague.

And so the iconic Bohemian style came into being as a ‘counterculture’ fashion trend. And although it may have risen and waned in popularity over the decades since, it’s never gone away. What’s more, it’s now a massive hit with the millennial generation – and so is making something of a comeback.

Boho Jewellery is flattering, chic and timeless, so why not check out our range of gorgeous Boho-inspired collections, sourced from around the world and made from natural materials, including semi-precious stones as well as shell, wood, sterling silver and leather.

We offer free delivery in the UK and Ireland – so place your order today, and get in touch if you have any queries about any of our products.